SYNOPSIS OF THE FILM 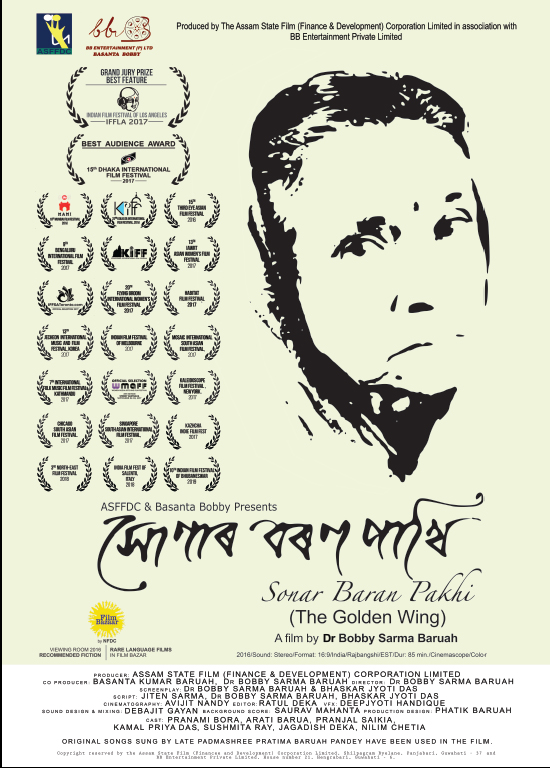 The film opens as Pratima, then a kid, is being told the tale of Hastir Kanya, a neglected first wife of a priest who acquires as his second wife the spoilt daughter of a wealthy priest. The lonesome first wife weeps by the river that turns salty. Elephants, attracted by the salty water hear her tale of woes and anoint her. She is transformed into an elephant. Young Pratima is mesmerized by this tale.

Once, as she and her friends are wandering in the fields, she notices a group of folk performers and ventures to go near them. The maid accompanying them dissuades her.

At home, once, as she is learning songs sung during Kartik Puja from the maids, her guardian summons her to the palace. Her mother admonishes her.

Things are different when she is with Lalji, her father, who encourages her to learn the soulful folksongs from the mahouts. Pratima learns from them. From those who herd cows and buffalos. She even goes to visit commoners in their hutments to learn folk numbers from them.

When the legendary Dr Bhupen Hazarika comes to their palace, her father asks Pratima to perform a Goalparia number. She sings. Subsequently Pratima also sings in Dr Hazarika’s debut film. She even sings over All India Radio and in various other programmes.

Her mother tries to bring Pratima back to the royal fold. Pratima is defiant. Her mother is heartbroken. Marriage comes when Shankar Pandey, a professor in the local college proposes to marry Pratima. The family is relived. Pratima subsequently mothers two damsels but never deserts singing. In her songs she finds solace. The bond with Pratima’s performing team, however, is a tested one. The ties on no occasion had reasons to be strained.

At the fag end of her life, Pratima comments: “many prizes and honours have come my way but it is the love and affection of the people of Assam that I treasure the most.”

Why not? After all Pratima had never sung for fame and personal gains. She had always sung for the pure love of folk music.

Pratima Baruah Pandey (1935-2002) is definitely the golden feather of the Goalpariya folk songs of Western Assam. She shed the silver spoon that was hers by birth and unhesitatingly mingled with the carriers of the traditional songs sung by commoners like boatmen, buffalo herders and mahouts to come up with a repertoire which she flawlessly and soulfully performed at various forums to earn nationwide recognition for this distinct folk form. As a film lover I intended to capture the uncommon threads of life of this gifted artist who, despite being a girl child and being born and brought up in a royal family braved all odds, mingled with mahouts (elephant drivers), moishals (buffalo herders) and naworias (river boatmen) in a rural ambiance. From the folklorists’ point of view, her renditions of those fascinating folk songs at national and international platforms with unbridled passion, keeping intact the indigenous flavor that made all the difference and this does indeed call for a feature-length portrayal of her life and works. I am sure that the story of the genius in Pratima Baruah Pandey would  keep her posterity aware and conscious of what she aspired to attain in her life.